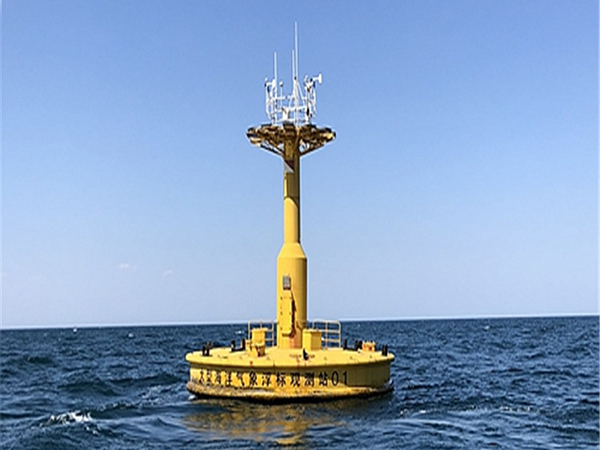 The world oil crisis in the 1970s promoted the development and utilization of solar energy. One of the most obvious is the shift of solar cells for space applications to ground use, and the rapid improvement of the production process of solar cells to greatly reduce their costs. For example, in China in the early 1980s, the selling price of monocrystalline silicon solar cells was more than 250 yuan per watt. Now it is generally less than 50 yuan per watt. Coupled with the devaluation of the renminbi, the actual price reduction is even greater. Therefore, the ground application of solar cells is expanding day by day.

(2) Road and railway signal lamp power supply. Similar to the power supply of navigation lights. There are many advantages to using solar cells as power sources on roads, railways and other traffic signals. Especially for some remote places lacking electricity, the signal devices at traffic crossings are very important. In the past, China mostly relied on manual guards, which was relatively backward. As traffic is modernized and traffic volume increases, signals must be automated. The main railway lines in the northeast and northwest regions of China first adopted solar battery-powered railway turnout automation. Not only the signal lights of some small stations use solar power, but also automatic turnouts and station lighting are also powered by solar batteries. This is more economical and convenient than setting up long-distance transmission lines or standby diesel engines to generate electricity, and firstly eliminates the old-style lantern signals. Nowadays, many road crossings also use solar battery signal lights. Even the safety signal lights on the east and west Chang’an Avenue in front of the capital Tiananmen are partly powered by solar batteries. Because it can be powered independently, does not need to pull wires, it is beautiful and applicable, and it is not affected by power outages, and it is a safe emergency signal light. Japan is a country with many earthquakes and uses more solar traffic lights, which is also a feature.

(3) The power supply of the field observation site. The range of field observation sites is very wide. There are fixed sites, such as meteorological, seismic, and hydrological stations, as well as mobile field operations teams, such as prospecting, surveying, and expedition teams. These units have problems with the power supply, including the power consumption of working instruments, the power consumption of communication stations, living lighting, and TV broadcast reception. It used to be difficult, with low work efficiency and poor safety guarantees. In order to change the backwardness, some units have begun to use solar battery power. For example, many alpine weather stations use solar power to send observation data, seismic stations use solar power for continuous long-term observation and automatic recording, Zhejiang has carried out solar hydrological observation and forecasting, and some geological teams use solar batteries as mobile power sources, even the mountaineering team uses solar battery walkie-talkies and hand warmers. These mobile power sources can charge the accumulators and reduce the heavy burden of many spare batteries. They can ensure the power supply for a longer period of time, and are easy to carry and not easy to damage.

(4) Microwave communication power supply. Microwave communications are now widely used in various countries, and China’s telecommunications industry has developed faster in recent years. However, there are many relay stations on the microwave line, and a relay station is almost tens of kilometers, and most of them choose to be on unobstructed mountain tops or erect high towers in the fields. These relay stations cannot lack power, and they must use uninterrupted and reliable power. Therefore, solar battery power supply is the most ideal. In recent years, microwave communications accounted for the absolute majority of international solar cell sales. China’s domestic solar cells are already in short supply and have to import a large number of solar panels, mainly for microwave communications. Recently, China is planning to open microwave lines in Xinjiang and Qinghai-Tibet regions and is arranging solar battery supply. Because the conventional power grids in these areas are difficult to reach, the terrain is high, and the power generation of diesel engines is reduced.

(5) TV differential power supply. Due to the limited coverage of TV signals, it is difficult to receive TV in many remote areas, mountain villages, and islands, which can be improved by the use of TV differential conversion stations. However, the TV turntable is also set up high, and the power supply is often a prominent problem. It can be solved by using solar battery power supply. The domestically-made solar TV differential relay equipment can be unattended and broadcast automatically.

(6) Power supply for street lamps and advertisements. The field in the suburbs is often dark due to lack of electricity. Now some developed countries have begun to use solar battery-powered street lights and billboards, which can avoid the trouble of pulling cables, and they can be turned off automatically, which is very convenient. Some solar street lights can also be used as disaster relief emergency lights. When the power is cut off in a natural disaster, as long as the solar street lights are not directly damaged, the lighting will continue to work, which is beneficial to the disaster relief work. Some private villas use solar-powered courtyard lights, which are also very unique.

(7) Electricity for the airport security command system. In addition to conventional power supplies, some foreign airports also use solar batteries as uninterrupted power supplies for runways and command systems. In particular, it is more advantageous for some small airports to use solar power, which can reduce the trouble of other backup power sources. It is not only used as a power source, but also a guaranteed uninterrupted power source.