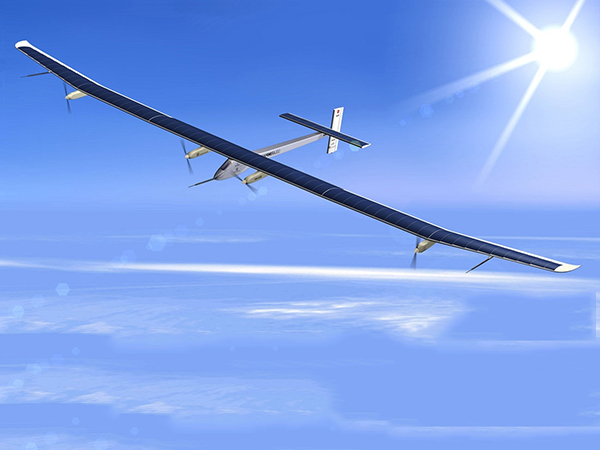 The floating solar house was named “the last resort” by the designer, and it satisfies people’s desire to live on water. For example, a house is 5m wide and 15m long, divided into two floors. On the ground floor there are beds for rest, mechanical equipment and cargo hold. The upper floor has a kitchen, bathroom and 2 bedrooms. The whole house can accommodate up to 6 people. The interior of the room is divided by sliding panels to provide better privacy and flexibility. There is a staircase leading to the roof outside the room, and the roof is equipped with solar panels to provide support for the electrical system of the entire house. This offshore house won the first prize in a design competition held at the German International Architecture Exhibition. Soon, people’s dream of living on water will be realized.

The solar-powered aircraft “Apollo” developed by NASA has been tested in Hawaii and reached a target altitude of 22,800m in a flight of 10h17min. The aircraft is completely powered by solar energy, and when the technology matures, it may be put into commercial and military applications.

(1) “Apollo” cost about 15 million US dollars, made of carbon fiber composites, part of the landing gear material is off-road bicycle wheels, the entire aircraft weighs only 590kg, and smaller cars are even lighter; the fuselage of the “Apollo” is 2.4m long, and the movable wings reach 75m when fully extended, which is beyond the reach of even the Boeing 747 aircraft. The “Apollo” is remotely flew by ground personnel through a computer. Its fuselage is equipped with 14 propellers, powered by solar panels on the wings. Regarding the application of the “Apollo”, NASA officials said that it will be used as a high-altitude satellite platform and a low-cost electronic communication field, and can also be used to detect atmospheric temperature. In addition, it can also have commercial and military uses. The Helios was tested in California in 1999, but it was completely battery-powered at the time. The researchers then transported the “Apollo” to Hawaii, where the sun and wind are more suitable for flying, installed with 65,000 solar panels, and “piloted” by two pilots on the ground through remote control equipment. The electric power output by the solar panels drives a small engine, which turns the 14 propellers on the plane.

Researchers predict that the “Apollo” can fly up to an altitude of 30,000 m, which is more than three times higher than the flight altitude of a jetliner.

(2) The “Solar Impulse” solar-powered aircraft conducted a 90-minute test flight at a Swiss military airport. During the test flight, the aircraft did not consume any fuel and relied solely on solar power to fly.

The Solar Impulse’s solar-powered aircraft costs 70 million pounds and has the same length of wingspan as a Boeing 747, but the weight is about the same as a small car. In addition, nearly 12,000 solar panels, rechargeable lithium batteries and 4 motors are carried on board.