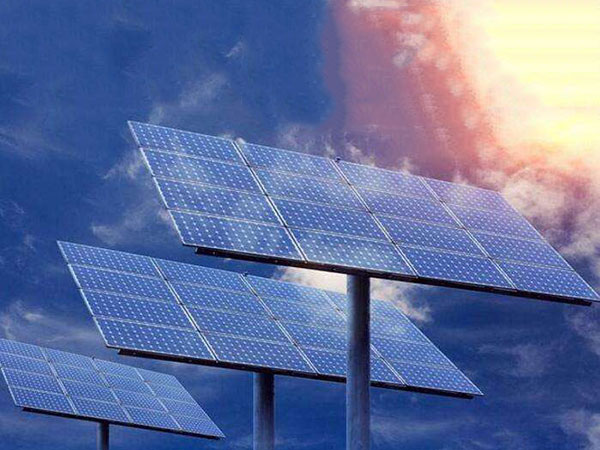 The energy conversion device for photovoltaic power generation is a photovoltaic cell, which is an active element for power generation. It uses the photovoltaic effect to directly convert light into electrical energy, so that the object under the action of the light generates an electromotive force in a certain direction. When sunlight (or other light) shines on the solar cell, the cell absorbs the light energy and produces a photoelectron-hole pair. Due to the large area of the PN junction, under the action of the built-in electric field of the battery, the photogenerated electrons and holes are separated, and the accumulation of opposite signs occurs at both ends of the battery, generating an electromotive force. If electrodes are drawn on both sides of the built-in electric field and a load is connected, the load will have “photo-generated current” flowing through it, thereby obtaining power output. In this way, the light energy of the sun directly becomes electric energy that can be put into use.

Photovoltaic panels, also known as solar cell arrays, are composed of many photovoltaic cells connected in series and parallel, plus supporting substrates that increase mechanical strength, and surface strengthened glass coverage. The array is formed by connecting the solar cells in a certain way according to the required voltage and current. Because the photovoltaic cell will be affected by factors such as the intensity of sunlight, temperature, and materials, its output will vary. Therefore, in order for the photovoltaic panel to exert its maximum output, its instantaneous output power must be controlled so that it can output the maximum power under different environmental conditions. A panel composed of many solar cells is always less efficient than a single cell, and the entire panel may be blocked due to external reasons, while the rest of the panel is still in the sun. The blocking two-pole method is usually used to prevent a certain parallel branch from being blocked and causing breakage with the solar panel, damaging all the solar cells connected in series in the parallel branch.

When the photovoltaic array is connected in parallel by several series, diodes should be connected in series in each series, and then connected in parallel, as shown in Figure 1, in order to prevent a certain series of arrays from being blocked or failing to consume energy and affect the energy output of other normal arrays. This diode becomes an isolation diode. Diode selection usually uses rectifier diodes, and its capacity selection should leave a certain margin, its current capacity should be able to reach twice the expected maximum operating current, and the withstand voltage capacity should be able to reach twice the reverse maximum working voltage.