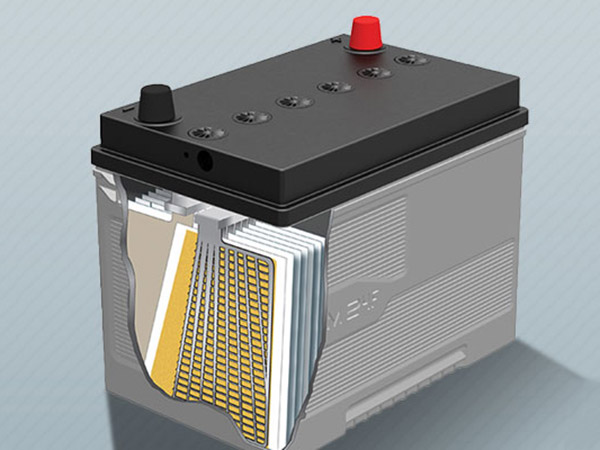 In the process of using a lead-acid battery, the most important concern is its external electrical characteristics, especially its charge-discharge curve and rated capacity.

In the early stage of charging, since lead sulfate is converted into lead dioxide and velvety lead, sulfuric acid is generated, so the concentration of sulfuric acid on the surface of the active material increases rapidly, and the terminal voltage of the battery rises sharply. When it reaches a certain level, due to diffusion, the concentration of sulfuric acid on the surface of the active material and in the micropores no longer rises sharply, and the rise of the terminal voltage of the battery is relatively slow. In this way, the active material is gradually converted from lead sulfate to lead dioxide and lead, and the pores of the active material are gradually enlarged, and as the charging progresses, the end point of the electrochemical reaction is gradually approached. When there is not much lead sulfate on the electrode plate, and the Pb2+ required for electrochemical oxidation and reduction through the dissolution of lead sulfate is extremely lacking, the polarization of the reaction increases the side reaction on the positive electrode, that is, the oxygen evolution process occurs preferentially when the input power is about 70%, and the voltage at the upper end of the charging curve increases significantly. When the charge reaches 90%, the side reaction on the negative electrode, that is, the hydrogen evolution process occurs. At this time, the terminal voltage of the battery is close to full scale, and a large amount of gas is precipitated on the two poles, and the electrolysis process of water is carried out, and the terminal voltage reaches a new stable value. Its value depends on the overpotential of oxygen and hydrogen, which is normally constant at about 2.6V. When there are impurities with lower overpotential than hydrogen, such as Fe, Cu, Sb, etc., the charging voltage is reduced, and the water electrolysis process is carried out before reaching 2.6V, and the active material is often not completely converted.

As the discharge continues, the positive and negative active materials are gradually transformed into lead sulfate, and extend deep into the active material. The formation of lead sulfate reduces the porosity of the active material, aggravates the difficulty of diffusing sulfuric acid into the micropores, leads to poor electrical conductivity, and increases the internal resistance of the battery. These reasons finally lead to a sharp drop in the terminal voltage of the battery to reach the specified discharge termination voltage.

When charging and discharging, the principle of the battery reaction of lead-acid batteries can be found in the previous article.

During the charging and discharging process of lead-acid battery, the change of terminal voltage can be expressed as: