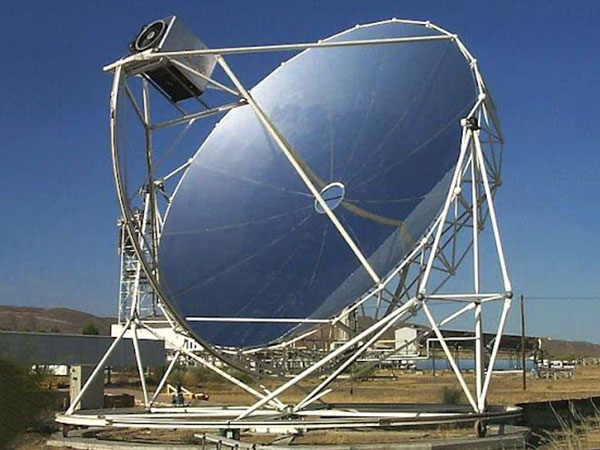 Basic requirements for the mechanism design of sun tracking device

The carrier of the photovoltaic power generation solar tracking device is the solar panel, the panel area is relatively large, and the force required to drive it is relatively large. Considering that the tracking platform drives a larger battery panel to work when the input power is small, and the mechanical structure has an impact on the intensity of the concentrated light, the design of the mechanical components of the tracking platform should generally meet the following requirements:

(1) The mechanical actuator of the photovoltaic power generation sun tracking device can perform a large-scale tracking, and its tracking range must be greater than or equal to the sun’s motion range, and the limit position lock should be avoided. When the tracking platform is running on a moving carrier, the movement of the carrier is uncertain and may drive in all directions. Compared with the tracking platform, the movement of the sun has become more complicated, and the range of change is also not fixed. In particular, sometimes the carrier may travel in a circle, and the change range of the sun will increase several times. Therefore, the tracking range of the two tracking directions of the tracking platform should be set larger to deal with possible situations.

(2) The mechanical actuator of the photovoltaic solar tracking device should also have better wind resistance. The tracking platform is generally used for fixed installation occasions, or installed on a medium and low-speed moving carrier (solar car, boat), to achieve large-scale two-way automatic tracking of the sun. Working on a high-speed moving carrier, if there is a big headwind, and a tracking platform with general windproof performance is used, it is very likely that the platform will be blown or flipped, and it will not work properly. In areas with high winds, even if the platform is installed and operated at a fixed location, it must have good wind resistance. Using a self-locking mechanism, such as a worm drive or a spiral drive mechanism, the tracking platform will not be blown by the wind or even flipped in the event of a headwind, and maintain normal operation.

(4) Compact structure and high reliability. If the structure of the system is relatively loose, the long-term working against the wind will deform greatly, and the rigidity will be reduced. To increase the rigidity, it is necessary to strengthen the structure or use materials with good rigidity, which will increase the cost. Moreover, the performance of the transmission components is easily affected, and the life and reliability of the tracking device are reduced.

In addition, the processing technology should be simplified as much as possible to further improve the cost-effectiveness of the tracking device.

The designed solar photovoltaic power generation tracking device is shown in Figure 1. The device can swing east-west and north-south, that is, it can track sunlight from longitude and latitude, and automatically track sunlight according to the location of the device and the changing laws of the seasons. The device mainly uses the light superposition method, and the reflector makes the sunlight fully superimpose on the silicon wafer on different levels. At the same time, the balance principle is used to make the entire tracking device overcome the damping of the bracket instead of the weight of the bracket itself, so the gear box is not easy to be damaged, has a long life and saves power consumption. This photovoltaic power generation device and its solar tracking device increase the power generation capacity of solar wafers by 8 to 10 times. The operating temperature of silicon wafers is below 60 ℃, powered by itself and consumes only 3% to 5% of self-generated electricity. The heat sink is equipped with a metal heat sink, a fan, and an upper heat-insulating parasol, which can be automatically turned on when the temperature of the silicon wafer reaches 50°C to cool down.

The light superposition reflection device is composed of more than one layer of mirrors coaxially stacked, and the mirrors 11, 12, 13 follow the stacking sequence from the inside to the outside, and are formed by continuously fixing more than one same or different mirror units, as shown in Figure 3. The heat dissipation protection device includes a heat-insulating parasol, a small fan group and a heat sink group, which are arranged in the order of installation from top to bottom, and adjacent components are separated by a certain gap between adjacent components.