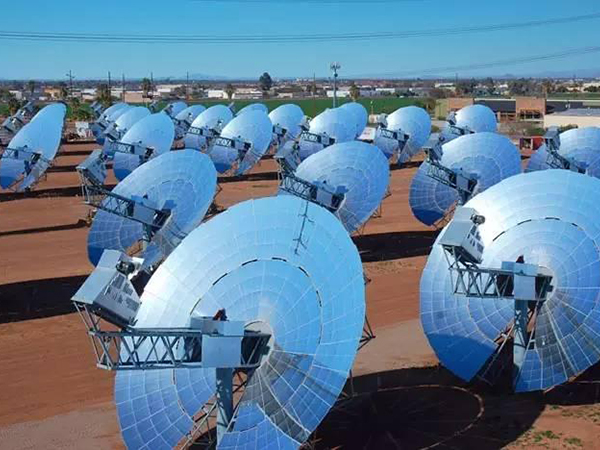 At the end of the 1970s, Xiangtan Electric Machinery Factory cooperated with the United States to build a dish-type solar thermal power generation experimental device. The condenser lens has a diameter of 7.5 m and is made of aluminum alloy, which is formed in blocks and assembled. Aluminized film on the surface, a computer-controlled dual-axis tracking system uses heat transfer oil to absorb heat, and then transfers the heat to the organic working medium to drive the worm gear generator set to generate electricity, and the experimental device generates 3kW.