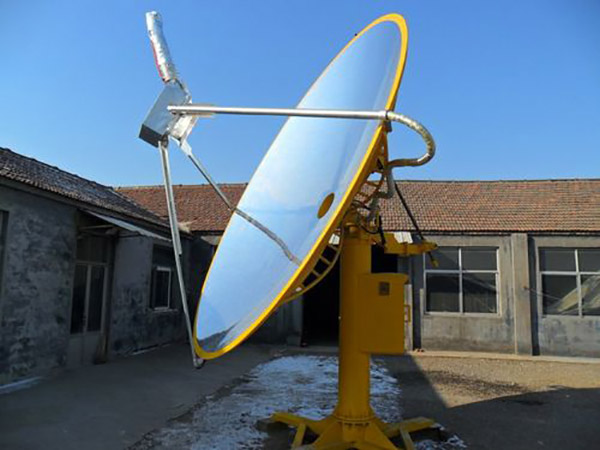 1. Types and characteristics of concentrators

In photovoltaic power generation systems, concentrators are often used to increase the light intensity, improve the conversion efficiency of photovoltaic cells, and reduce the cost of system devices. There are generally two types of concentrators: reflective and refracting. Among them, there are several types of reflective condensers, such as trough plane mirror type (also called V-shaped trough type), combined plane mirror type, combined paraboloid type and so on. This type of concentrator has a simple structure, relatively low cost, and a relatively low condensing multiple, and the maximum condensing multiple is generally less than 10 times. The refractive concentrator is mainly a Fresnel lens, and its condensing multiple can reach dozens of times. Compared with the reflective concentrator, it is more difficult to manufacture.

2. Use of the condenser

The concentrator enables a significant increase in the short-circuit current and output power of photovoltaic cells. Because the CPC concentrator has a large receiving angle, its north-south orientation can be used as a non-tracking concentrator, and the system can only track the sun in the east-west direction, which greatly reduces the complexity and investment of the tracking system.

Theoretically speaking, if the opening area of the CPC concentrator is increased, the condensing ratio C will also increase, but at the same time, the height will also increase, which consumes more materials during manufacture. This is an important issue from the economic point of view of large-scale solar energy applications. Since the curvature of the end of the parabola is small and the reflection effect is not large, truncating the complete CPC reflector can save the reflector material, but the optical efficiency is not much reduced. For example, the height of the reflector is cut by 40%, and the focus ratio is only reduced by about 12%, so the CPC condenser can be cut by 40%~60%, so that the height h becomes h’. This brings great convenience to the actual production and saves materials. Since the conversion rate of photovoltaic cells is reduced due to the excessive concentration of light, the focusing ratio does not need to be too large. After optimizing the condenser section, the cross section of the CPC reflector is shown in Figure 1.

The gap between the apex and the vacuum tube on the CPC section profile is g=12.0mm, r=8.0mm, then the tangent length from the apex to the vacuum tube is t=18.33mm, and the angle between the tangent and the horizontal plane is Φₒ=66.4°. According to the calculation formula of the maximum focusing ratio, after truncation, the relationship between the maximum half acceptance angle θₐ and the CPC truncation focusing ratio C is shown in Figure 2. It can be seen from the figure that the truncated focus ratio C decreases gradually with the increase of the maximum half acceptance angle θₐ. According to the above model, combined with the calculation and analysis of relevant formulas, the truncation angle θᴅ can be selected between 55° and 65°. After using the concentrator, the conversion rate of photovoltaic cells is increased to 20%~38%.