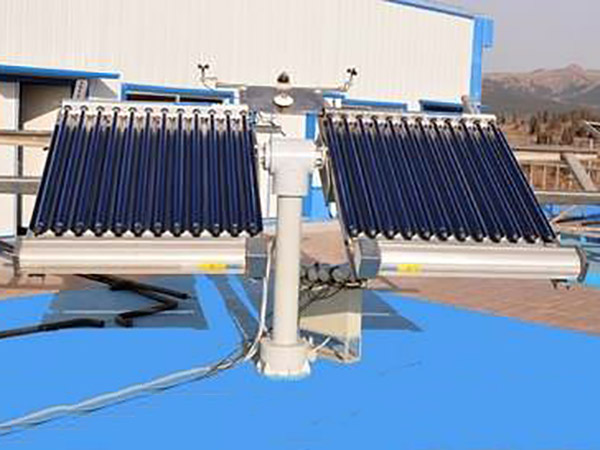 Solar trackers are a critical part of determining the performance of solar collectors. The solar collector automatic tracking system searches for sunlight through the sun eye and drives the collector stand to track the sun, so that the collector and the sun’s rays are always irradiated vertically, to achieve the accurate tracking of the azimuth and altitude of the sun by the collector, and the whole process of detection is completed by the control system to make the solar irradiation more stable. China’s solar collector tracking device is still in the development and research stage. A few countries such as Switzerland and Germany have a full set of automated equipment to track the sun automatically; other countries, such as Greece and Portugal, mostly use manual or semi-automatic tracking. The cost of these test systems is very high, and China’s current economic situation cannot popularize such expensive equipment.

The development of automatic tracking devices was relatively early. First, heliostats, or heliostats, were created due to the need to investigate the laws of the sun’s motion in astronomy. In the utilization of solar energy, Innis in the United States, who used automatic tracking devices earlier, installed a concentrator with a boiler on the axis of an equatorial mount in 1901, and used a clock mechanism to automatically track the sun.

Timing tracking is often connected to the clock mechanism, and a special delay trigger circuit can also be designed to control the work of the motor or electromagnet. Follow-up tracking requires special solar water heaters or other photosensitive elements to cooperate with differential control circuits to drive the collectors to work. The purpose of tracking is to obtain more energy, so when designing a tracking system, it is necessary to consider the cost, life and energy recovery rate of the tracking system. In engineering, a compromise approach is often adopted, and some tracking accuracy is sacrificed to obtain more cheap and reliable tracking.

The power of the automatic tracking system can be spring (such as a clock mechanism) and gravity, or electromagnetic force or hydraulic system. The hydraulic transmission system is adopted, the cost is lower, and the tracking effect is better.

To sum up, sun tracker accessories devices can be divided into the following ways.

The first is to automatically follow the sun’s rotation at all times, that is, it can always track the sun in both azimuth and pitch directions (this type of equipment has a more complex automatic tracking system).

The second is to automatically follow the sun’s rotation in only one direction, ie azimuth, that is, the device can track the sun around the earth’s axis in the east-west direction (such devices have less sophisticated automatic tracking systems).

The third type is that in one direction of pitch or azimuth, or in both directions of pitch and azimuth, the direction of the device can be adjusted manually at certain intervals (such as at certain moments in 1d or by month and season in 1a) to make it align with the sun or make it take a certain angle to the sun. These can be semi-stationary devices (they have a simple directional adjustment mechanism).

The fourth type is fixed equipment, their orientation is fixed throughout the year, such as fixed on a horizontal plane or a south-facing slope.

The above four kinds of equipment have different effects on collecting solar energy. Generally speaking, the first one has the best effect, and the other three have lower effects in turn.