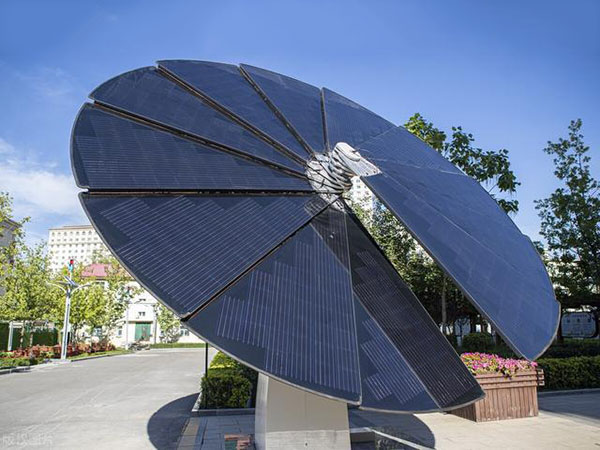 Open-loop control must first determine an initial position, and calculate the number of pulses required for the motor to rotate through the difference based on the difference in the relative position of the sun at a certain moment. The tracking control method is divided into clock tracking and program tracking methods. Although this method is simple to control and easy to implement, when the motor is out of step and locked, the tracking operation is not accurate; especially in continuous rainy days, the continuous operation of the system will consume a lot of power.

(1) Timing clock method. The principle of the clock tracking method is shown in Figure 1. According to the angle of movement of the sun in the sky per minute, the angle at which the worktable of the tracking device should rotate per minute is calculated to determine the rotation speed of the motor, so that the worktable changes according to the current position of the sun. This method is called the timing method. It can be regarded as tracking the time angle of the sun’s motion, so it can also be called time angle tracking. The advantage of this method is that the circuit is simple, but because the sunrise and sunset times are different in different seasons, the accuracy of the system adjustment will be reduced.

(2) Program tracking type. The principle of the program tracking system is shown in Figure 2. This tracking method uses a predetermined algorithm formula to calculate the position of the sun at a given time through a computer, and then calculates the position required by the tracking device, and finally sends it to the processor through the serial port to control the motor rotation device to realize the tracking of the sun’s altitude and azimuth. The advantage of this method is that it can use the powerful computing power of the computer to achieve very high accuracy. Its disadvantage is that the system has always been dependent on the computer, which is not realistic for an independent small system.

The closed-loop control method is to use a sensor to measure the deviation between the incident sunlight and the optical axis of the system. When the deviation exceeds a threshold, the motor drives the mechanical part to rotate to reduce the deviation until the sun’s rays are parallel to the optical axis of the system to realize the tracking of the sun’s altitude and azimuth. The control principle is shown in Figure 3. Commonly used sensors include photocells, photoresistors, photocells, one-dimensional PSD and two-dimensional PSD photoelectric position sensors, photoelectric angle detectors, etc. Closed-loop control can overcome the shortcomings of open-loop, but requires position detection signals.