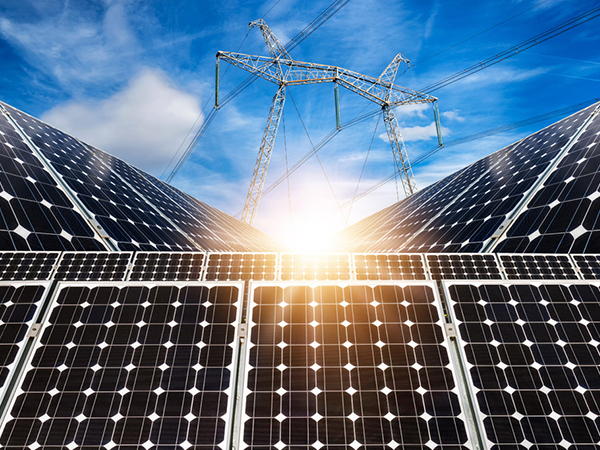 The direct conversion of solar radiation energy into electrical energy through the photovoltaic effect is called solar photovoltaic power generation technology. The solar photovoltaic power generation system is mainly composed of solar cell components (array), controller, battery, inverter and user load. Among them, solar cell components and storage batteries are power systems, controllers and inverters are control and protection systems, and user loads are system terminals. Since the mid-1970s, since the commercialization of ground-use solar cells, crystalline silicon has occupied a dominant position as a basic battery material.

From the current point of view, although thin film batteries have good development potential, monocrystalline silicon and polycrystalline silicon batteries are still mainstream products for a long time. Solar photovoltaic power generation technology is changing with each passing day. The conversion rate of enterprises has reached 17%, and the conversion rate of laboratories has reached 24.7%, and the average annual growth rate has exceeded 0.2%. Because solar photovoltaic power generation has the characteristics of safety and reliability, no noise, no pollution, energy available everywhere, no mechanical rotating parts, low failure rate, and easy maintenance, unattended, short construction period, random scale, no need to erect transmission lines, and convenient integration with buildings, etc., it has become the most basic, most common and most promising application form of solar power generation.

In 1839, the famous French physicist Becquerel discovered the phenomenon of photovoltaics. Objects can move electrons in the outer layer of atoms under the irradiation of photons. Because light is an electromagnetic wave and has a certain amount of energy. When the energy of the photon is sufficient, the charge distribution state in the object will change to produce electromotive force and current effects. Based on this theory, in 1876, Becquerel’s son A.E. Becquerel, an academician of the French Academy of Sciences, set out to study photovoltaic cells.

After continuous research by several generations of scientists from various countries, it was not until the early 1950s that Cai Ping and Pearson of the Bell Institute in the United States found materials suitable for photovoltaic cells in semiconductors, and finally successfully trial-produced monocrystalline silicon solar cells in 1954. This is the beginning of mankind’s realization of the direct conversion of solar energy. When sunlight hits the semiconductor, some photons collide with the electrons that make up the valence of the semiconductor, so an electron-hole pair is generated, and the light becomes electricity. Although the high-purity silicon material used to manufacture solar cells was very expensive, the photoelectric conversion efficiency of solar cells was only 6%.

However, with the development of aerospace technology, the United States launched the “Pioneer 1” artificial earth satellite on March 17, 1958, and silicon solar cells were used as the power source for the satellite. For nearly 40 years, solar cells have been occupying the main position of space power sources. Because this kind of power source is a physical power source, different from the common chemical power source dry cell and accumulator, it does not consume any electrolyte, only the light excites the electron movement in the semiconductor material to generate current, and the service life is extremely long, the only condition is to have enough light sources. In the outer space, the sun shines intensively day and night, which can give full play to the superiority of solar cells. Therefore, every country that studies space technology also studies solar cells at the same time. The “Dongfanghong” satellite launched by my country in 1971 uses domestic monocrystalline silicon solar cells. Figure 1 shows the solar photovoltaic power generation system.