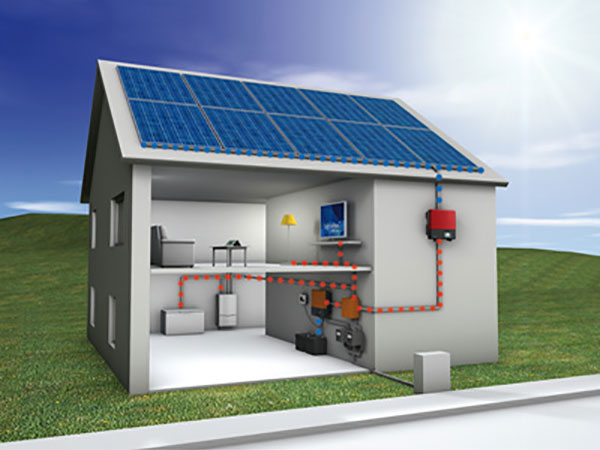 The composition of an independent photovoltaic power generation system is related to the load. Both DC and AC loads include photovoltaic cells, battery packs, and control circuits. If the load of an independent system is a DC load without an inverter circuit, it can be directly connected to the battery, and the output voltage of the battery is boosted (decreased) and then provided to the load. This type of system has a simple structure and low cost. Due to the different load DC voltages (such as 12, 24V, etc.), it is difficult to achieve system standardization and compatibility, especially for domestic electricity, the load is mainly AC, and the DC system is also difficult to achieve grid-connected operation. Therefore, AC photovoltaic inverter power supply is gradually replacing DC photovoltaic power supply. The main difference between an AC photovoltaic inverter power system and a DC photovoltaic power system is that an inverter is added between the load and the battery, and the inverter assumes the function of converting DC voltage into AC voltage. The photovoltaic array is installed outdoors to receive solar energy, and the battery is charged through the charge controller. The inverter circuit converts the direct current into the three-phase or single-phase alternating current required by the load.