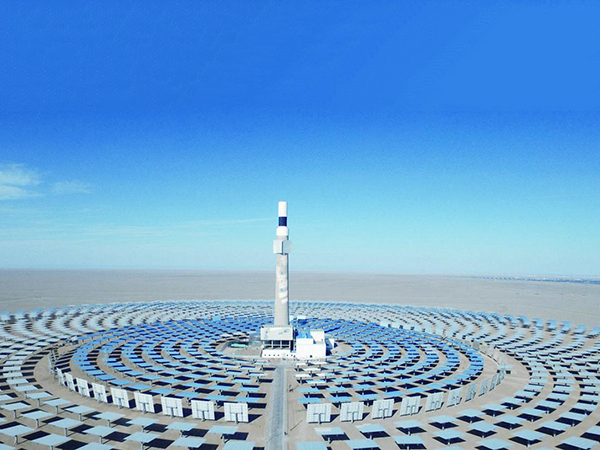 China is rich in solar energy resources, with theoretical reserves reaching 1.700 billion tons of standard coal per year. In most areas, the annual average daily radiation is above 4kWh/m2, and Tibet’s daily radiation is as high as 7kWh/m2. Compared with other countries at the same latitude, it is similar to the United States and has more advantages than Europe and Japan. As a clean and inexhaustible energy source, solar energy should be fully utilized.

(1) Mirror and its automatic tracking.

Because this kind of power generation requires high temperature and high pressure, it must have a large concentration ratio for the focus of sunlight, and hundreds of mirrors are required. And there must be a reasonable layout so that the reflected light can be concentrated to the smaller collector window. The reflectivity of the reflector should be 80% or even more than 90%, and the automatic tracking of the sun should be synchronized, which is generally controlled by an electronic computer.

(2) Energy collector. Also called “solar boiler”, it requires small size and high energy conversion efficiency. The existing energy collectors have various forms, such as cavity type, disc type, cylindrical type and so on. It is generally believed that the disc-type solar boiler developed in Italy is better, which can generate 150 equivalent atmospheric pressure and 600 ℃ superheated steam, which can be used for 350 kW generator sets.