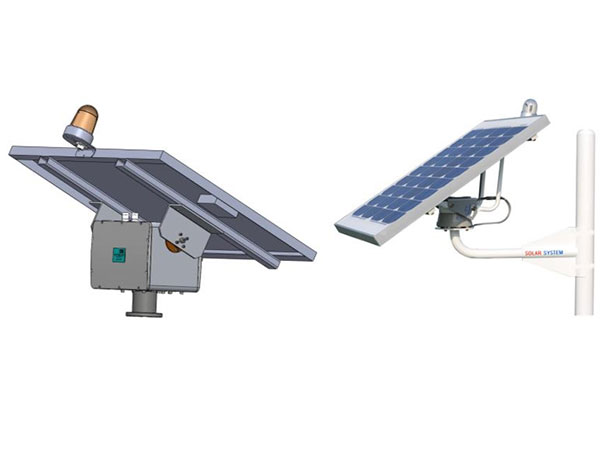 This article is mainly to study the control part of a mechanical device that can track the sun’s movement, and realize the tracking of the sun’s azimuth and declination through the control mechanism, so as to achieve the purpose of maximizing the use of solar energy. The principle of the control system is: according to the position and posture of the moving angle table of the tracking mechanism at different times and different geographical locations, the inverse solution of the position and posture is derived through the constraint conditions of the mechanism, and the input angle of the mechanism is obtained. The single-chip microcomputer sends out pulse commands and direction commands to control the speed and direction of the motor, and track the sun in real time. At the same time, according to the feedback signal of the photosensitive sensor, the speed and direction of the tracker are adjusted in time, and the feedback signal is used to control the component to decide when to brake the tracking device. The control system block diagram is shown in Figure 1.

It can be seen from Figure 1 that the control system constitutes a closed-loop system of control elements centered on a single-chip microcomputer. The specific working process of this sun tracker is described as follows:

The control object of the system is a dual-axis solar tracker, and the quantity to be controlled is the tracker’s angular position. The tracking device needs to track the sun’s azimuth and altitude in two directions, so the range of movement in these two directions should be clarified. Taking Xuzhou as an example, the latitude of Xuzhou is about 39°. According to the formula, it can be calculated that on the summer solstice, the sunrise time is 7:38 and the sunset time is 17:38, so the longest light time is 10h . Therefore, the azimuth angle of the sun can be calculated to be between -59.21°~+59.21°. It can be preliminarily determined that the maximum range of tracking sunrise and sunset angles is 180°, and the range of tracking sun altitude changes is 35°. Active tracking is adopted, that is, the angle that should be input by the sun angle position mechanism corresponding to a certain moment is calculated in advance and compiled into the program. When there is sunlight under normal weather conditions, one of the multiple photosensitive sensors placed at different locations on the tracker platform will sense the light at this location. It receives the light intensity and converts the light signal into an electrical signal and feeds it back to the control component. The control component calls the program corresponding to the position to send a pulse signal to drive two motors. The motor drives the tracker to rotate until it is perpendicular to the direction of the light source. When the sensor is in the shadow here, the feedback signal is stopped, and the control component stops sending the pulse signal. After a period of time, the sun turns a certain angle again, and there will be another sensor placed on the tracker platform to receive the light, so it sends out a feedback signal. The control component receives the feedback signal and then sends out a pulse signal, and the motor starts to drive the upper platform to run until it is perpendicular to the light source again, so that the mechanism reaches the preset input angle position. In this way, the tracking of the sun is realized. If there is no sensor feedback light signal, it means that the weather condition is not good and it is not suitable for tracking, and the whole organization stops working.