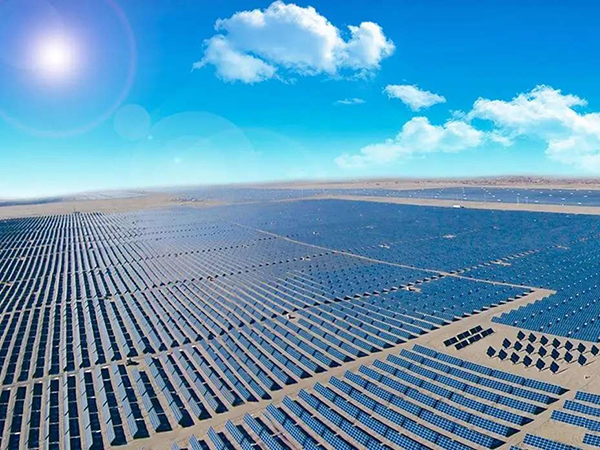 (1) Photoelectric water pump. A water pump driven by solar cells is called a photovoltaic pump. At present, there are two main types of photoelectric pumps developed at home and abroad: one is to use the electricity of the solar panel to transfer the electricity to the electromechanical water pump through the wire, such as the deep well pump suspended in the well and the floating pump floating on the surface of the pond. The power of this kind of solar water pump is generally relatively small, mainly used for small amount of water pumping and irrigating garden flowers and plants. The other is a larger photoelectric pump, which uses the electricity generated by the solar cell array and is inverted into AC power, and then drives the AC motor to drive the centrifugal water pump to pump water. This kind of solar water pumping system can be very powerful, used for pumping water to irrigate farmland, or pumping water to high-level water towers for production and domestic water. There are many arid areas on the earth, generally sunny, the ground is dry, but there is no shortage of groundwater. For example, the Xinjiang desert area in China has a large amount of ground evaporation and dried up rivers and lakes, but there are often undercurrents of groundwater. Since ancient times, people in Turpan and Hami have used Karez for drought-resistant irrigation. The melted snow water of Tianshan Mountains often flows at the bottom of the desert. As long as it is extracted, the desert can be turned into an oasis. The use of solar energy to lift water is precisely a measure adapted to local conditions in arid areas. According to the United Nations survey, in the desert and arid areas with inconvenient transportation, these areas lack water and electricity, but solar energy resources are abundant. The economics of using photovoltaic pumps to pump water are better than diesel pumps, and better than electricity. With the price reduction of solar cells, it is possible to use photoelectric pumps. In the future, the struggle between mankind and desertification will definitely rely on the huge power of solar energy. It can also be said that the sun can promote the desertification of the earth, but the scientific use of solar energy, the sun is the driving force to transform the desert.

(2) Photovoltaic power station. A power station composed of solar cells is called a photovoltaic power station. Many large and small photovoltaic power plants have been built in the world. Among them, the United States has the most and the largest scale. Since the 1990s, China has implemented the “Sunshine Project” in Tibet and built a number of photovoltaic power stations, which has done a practical thing to solve the long-term lack of electricity in remote areas. Due to historical reasons, the economic development in Tibet has been slow, the Tibetans have no electricity, no external information, and they have lived in a closed state for a long time. The local government has tried to solve the power supply problem many times, but the residents are scattered and the power load is too low. It is not suitable for the construction of hydropower or thermal power. Since solar cells are available, the problem of electricity consumption can be solved according to actual needs. The capacity can be large or small, and there is no need for transportation fuel, let alone large-scale infrastructure construction. As long as the funds are in place, the solar cell arrays will be installed in phases from small to large, and the capacity will be continuously expanded, with life first and then production, first in the towns and then in the suburbs. The construction of photovoltaic power plants is very flexible. A county with a population of two to three thousand, including post and telecommunications, radio, and television broadcasting, has 10-20kW solar cells, and an independent photovoltaic power plant can be built. The direct current generated by the solar battery is stored in the battery pack and converted to alternating current output. The terminal electrical appliances are completely in accordance with the conventional mains power, 220V voltage, 50Hz frequency, and electrodes are used for convenience. Photovoltaic power plants have a high one-time investment, but low operating costs, no fuel storage and transportation, no ash treatment, no mechanical rotating parts, long life, simple maintenance and management, and are especially suitable for places with poor cultural conditions. The Tibetan people especially welcome the construction of photovoltaic power stations, and several counties without electricity are looking forward to the early popularization of such power stations.

In Inner Mongolia, not only the sunshine conditions are good, but the wind resources are also very good. It is also possible to build wind-solar hybrid power stations with solar cells and small wind turbines. China has a vast territory and many remote areas without electricity. Under the guidance of the country’s macro planning, it is entirely possible to give full play to local enthusiasm to run photovoltaic power stations well. In some isolated islands abroad, in order to improve the lives of the islanders and develop tourism, the construction of photovoltaic power plants is also given top priority. Since photovoltaic power plants require more solar cells, they can promote the mass production of solar cells, and further reduce the price of solar cells. The development prospects of solar energy utilization will definitely become better and better.