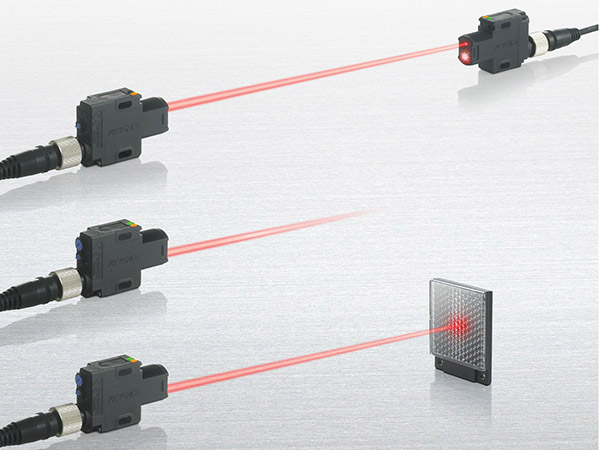 Photoelectric sensor is a kind of sensor that converts optical signal into electrical signal. It has the advantages of simple structure, high precision, fast response speed, non-contact, etc. It is widely used in detection and control systems.

The photoelectromotive force and photocurrent of the photocell are different under different illumination. Generally speaking, the relationship between open circuit voltage and illuminance is nonlinear, while the short-circuit current has a linear relationship with illuminance in a large range. The smaller the load resistance, the better the linear relationship, and the wider the linear range. Therefore, when detecting continuously changing illuminance, the load resistance should be reduced as much as possible, so that the photovoltaic cell works in a state close to a short circuit, that is, the photovoltaic cell is used as a current source. When the optical signal changes intermittently, the photovoltaic cell can also be used as a voltage source. The advantage is that the adjustment is more precise and the circuit is relatively simple.

There are two PN junctions inside the phototransistor, PNP type and NPN type. Different from the general triode, its emitter side is small in size to expand the light area. It can be regarded as a combination of a photodiode and a transistor equivalently. When the base is open, the base-collector is in reverse bias, and the photocurrent Ici formed when there is light is amplified by the transistor as the base current. The amplification principle is the same as that of the general transistor, so that Ici is amplified by β times, and the general magnification β is several tens of times, so the sensitivity of the phototransistor is dozens of times higher than that of the photodiode. Compared with photodiodes, phototransistors have larger dark current, larger noise, and larger junction capacitance, thereby increasing the response time. The commonly used materials for phototransistors are silicon and wire. The dark current of silicon phototransistor is very small. Generally, there is no external lead of the base, but only two leads of the emitter and the collector. The phototransistor also has a base electrode, which is generally used for temperature compensation. The dark current of the wrong phototransistor is large. In order to increase the ratio of photocurrent to dark current, a resistor is often connected between the emitter and the base.

The PSD device can detect the position of the light spot without dead zone, and has the characteristics of high sensitivity, good repeatability, high resolution, fast response speed and simple circuit configuration. Due to its very high measurement accuracy, the accuracy of the measurement angle can be easily achieved within 0.1°. In order to cooperate with the solar panel tracking device to achieve its precision, the mechanical transmission structure will be extremely complicated, and the solar panel without a concentrating device is not very sensitive to the angle of light intensity. So it should be considered on concentrating solar panels, but not necessary on non-concentrating solar panels.