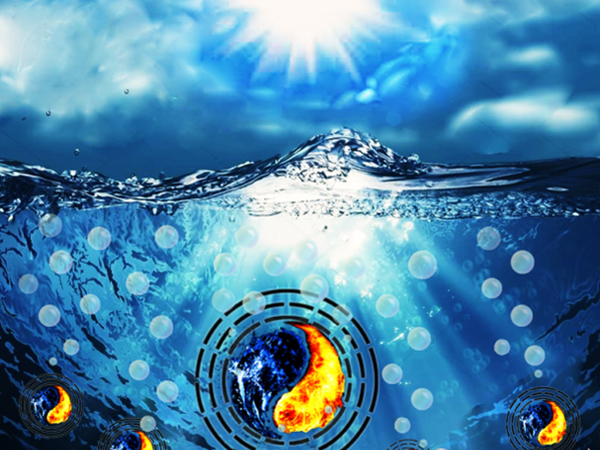 1. Photolysis of water to produce hydrogen

Photolysis of water to produce hydrogen is the best way for solar energy photochemical conversion and storage. Because hydrogen only produces water after combustion, it does not pollute the environment and is a renewable energy source that is convenient for transportation and storage.

If solar energy is first converted into electrical energy, the photolysis of water to produce hydrogen can be achieved through electrochemical processes. The photosynthesis of green plants is to absorb sunlight through chlorophyll, convert light energy into electrical energy, and decompose water through the process of electron transfer. From the perspective of solar energy utilization, the process of photolysis of water to produce hydrogen mainly uses solar energy instead of solar thermal energy.

The photoelectrochemical cell absorbs solar energy through the Guangyang plate and converts the light energy into electrical energy. The light positive plate is usually a semiconductor material, which can generate electron-hole pairs when excited by light. The sun electrode and the counter electrode (cathode) form a photoelectrochemical cell. In the presence of the electrolyte, the electrons generated on the semiconductor strip after the photoanode absorbs light flow to the opposite electrode through the external circuit, and the protons in the water receive the electrons from the opposite electrode to produce hydrogen gas.

Photo-assisted complexation catalysis, that is, the process of artificially simulating photosynthesis and splitting water. Considering only the photochemical conversion and storage of solar energy, the process of photosynthesis is undoubtedly very ideal. Because it not only stores hydrogen through photochemical reactions, but also stores carbon. But for solar energy to split water to produce hydrogen, what is needed is hydrogen instead of oxygen, and it is not necessary to simulate the whole process of photosynthesis from the structure and function. It only needs to simulate the basic physical and chemical processes of photosynthesis, such as light absorption, charge transfer, energy storage, and redox reaction.

Semiconductor catalysis, that is, photo-semiconductor particles such as TiO₂ or cds are directly suspended in water for photolysis and water reaction. Semiconductor photocatalysis is similar to a photoelectrochemical cell in principle. The tiny photo-semiconductor particles can be regarded as microelectrodes suspended in water, and they act like solar poles. The difference is that they are not separated like a photoelectrochemical cell, and even the opposite pole is assumed to be on the same particle.

The solar oxygen bar can be used in cars, commercial vehicles, off-road vehicles, vans, buses and other motor vehicles. It is a vehicle-mounted air purifier that uses solar energy as an energy source. It uses polycrystalline silicon solar panels for power supply, accumulates energy, and emits negative oxygen ions with a concentration of about 1 million/cm³ through an oxygen negative ion generator to purify the air in the vehicle and improve the air quality in the vehicle.

When in use, install the console in a place exposed to sunlight, and do not obstruct the driving view; adjust the solar panel to the best position to receive sunlight; to ensure the safety of the car at high speed, be sure to use 3M adhesive stickers.